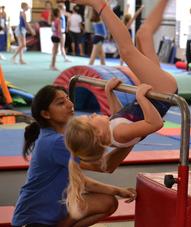 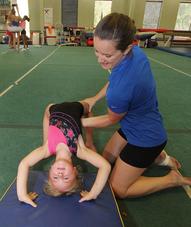 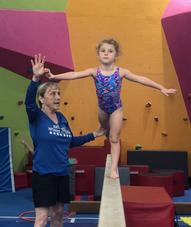 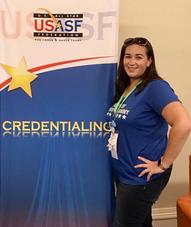 Coach Janet hails from Kentucky. She has been involved in the sport of gymnastics for more than 56 years. Her vast experience includes 16 years as an athlete and a gymnastics scholarship to the University of Kentucky!

Coach Janet has been coaching and judging women's artistic gymnastics for 40 years, her many accomplishments include being a level 10 certified Women's Artistic Gymnastics judge.

Competition Cheerleading Coach
Coach Britney was born and raised here in Key West, FL making her a second generation Conch. She graduated from Key West High School and attended college in Tallahassee and Gainesville in Florida.

Coach Britney has been with KWSA as a “gym mom” for 6 years and a coach for 4! She began cheering at 3 years old and by middle school was competing at the All-Star level. Coach Britney has  coached recreational, high school cheer, and currently coaching All-Star and middle school.When she's not at KWSA you can find her enjoying paradise with her family, volunteering for the school or community, and sometimes traveling!

"Coaching cheerleading is a passion of mine and I hope to bring out the best cheerleader in your child that I can!"

We are committed to keeping kids safe, all of our coaches have safety certifications and training and current background checks! 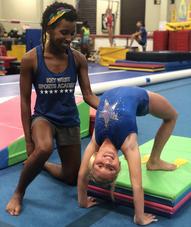 Have you ever wondered what makes our coaches qualified to teach gymnastics, cheerleading, and tumbling? Well, we spend a lot of time training how to coach! Every KWSA coach is Safety Certified and Instructor Certified by USA Gymnastics. Our coaches have a variety of other certifications as well! Read on to learn more about our coaches and why they love teaching gymnastics, dance, cheerleading, tumbling, and more!

Suzanne has earned her Masters certificate in Sports Coaching from Florida State University; she has certifications from organizations including USA Gymnastics, the US All Star Federation, and the Amateur Athletic Union in topics covering safety and advanced coaching. Suzanne has also been the member of two National Champion Level 6 All Star cheerleading teams.

Competitive and Developmental Gymnastics Coach
Coach Tania has been with Key West Sports Academy from the start, first competing in gymnastics and then moving on to coaching. Coach Tania started gymnastics when she was 3 years old and competed through level 6. Coach Tania's favorite skill to perform is a glide kip on bars and she loves teaching back bends and backhip circles.

Coach Tania is currently pursuing an Athletic Training Degree from the University of Central Florida!

Dr. Holly Humphries was born in Suwanee, Georgia and grew up on a small farm surrounded by animals, which lead to her becoming a doctor of Veterinary medicine, she currently owns and operates the Keys Animal Care Center in addition to coaching at Key West Sports Academy.

Coach Holly began cheering after transitioning from competitive gymnastics at ten years old with Atlanta Jayhawks all stars. She continued her cheerleading career through high school, cheering on Pro Cheer All Stars Coed, performing on the World's stage with Georgia All Stars Coed, and winning Dallas large co-ed twice in 2005 and 2006.

Coach Courtney was born and raised in Los Banos, California where she attended The Academy of Performing Arts and Fitness for 12 years, competing on their gymnastics team.

Coach Courtney moved to Missouri in high school and joined the varsity cheerleading team and Cheer Legendz an All-
Star competition team in addition to taking dance classes at Renee’s Dance studio.

Coach Courtney received a scholarship for cheerleading to attend Lindenwood University in Missouri, she participated on their co-ed team!

Coach Courtney has been in the keys for two years ago and is very excited to start working with the kids and coaches of Key West Sports Academy! 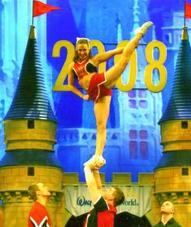 Too Busy to Browse? 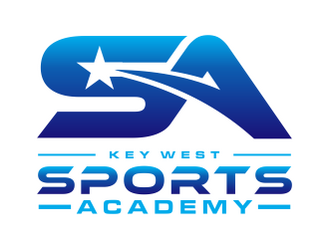 Schedule a Make Up
View on Mobile